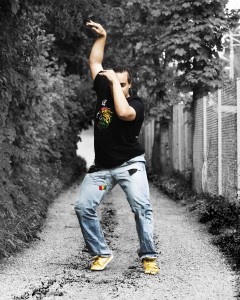 In spite of his young age, Thomas has codified a system of body movement which is rooted in the traditional African and Caribbean movement aesthetic, yet relevant in the contemporary.

Thomas has been adopted into Yoruba and Ewe people by elders and has received names respectively. Some examples of these are the Yoruba name Ajamu (he who fights for what he believes in) and the Ewe name Adamdoba (whos power is of better quality). By his elders in the Caribbean his style was described as Talawa (strong, resilient, rooted). Talawa has stuck with Thomas as a nickname and is also what he chose to call his dance technique. Respecting the roots and that the technique is systemized by him, but created by a people!

Since 1998 Thomas has spent his time, actively carving a place for the black dancing body in Scandinavia. He has performed Caribbean and African dance for more than ¼ of Norways population. Reached semifinals with Norway got Talent, being the first time a full black group has ever advanced on Norwegian Tv Shows, and performed traditional dance live. His technique is tought on 5 continents and is continuing to strive to show the relevance of ancient power with a modern use.